We have reached one big milestone!
Principal photography for Nostromo ended in September 2012! After an extensive preproduction phase, which had taken half a year, shooting this postapocalyptic science fiction/fantasy film started in autumn 2011 and lasted one year.

A no budget indie film
As Nostromo is a no budget indie guerilla film, we shot it on weekends, sometimes even without shootings permits and with ever changing crewmembers. As we didn’t have the budget to rent expensive camera equipment and we did not have the resources filmstudents usually have, we used the equipment we had and borrowed the rest from friends, their friends, and the friends’ friends.

And although it was meant to be a no budget film, director Georg once told me that still there had been expenses: 3800 € was the film’s budget. Not bad for an indie film. The money went mostly into the production of the costumes and flight tickets to our shoot in Tunisia I have written about in an earlier post.

Shooting in a country with political insurgances was a bit dangerous sometimes:

No trips to the desert without risks
When we arrived in Es-Sabria, “the gate to the desert”, our car was taken to a dark sideway, where another car was blocking the way out. Our director got out of the car to see what was happening. A big quarrel broke out and four more guys came and started surrounding Georg. We were sitting in the car, it was dark and we were dead tired after a nine hour ride. Five more guys came from behind. We did’t know what was happening, I just knew that this was bad news.

They started shouting and I wanted to get out to help Georg, but then he rushed back and everything he said was: “Everything ok, everything ok, just move on. Move on now!” Without knowing, we had insulted our new guide, who was not the most relaxed person.

Another night, in the Sahara at the south of Essabira, the Nostromo camp was assaulted by lybian marauders. It was the second week of the shoot and they were looking for goods. Only after they had seen everything (except for the well hidden cameras and even better hidden flash cards), they could be convinced to move on and let us be.

No digital soldiers were hurt during the production.
But the actress Maria Martina Rott broke her right hand on the day before her shoot. She went to the shoot and acted two days with her broken hand before her hand was put in a cast. Oh, and Maria is 70 years old.

Hunting rabbits with laser guns
On one weekend in the summer of 2012, we filmed a mass war scene on a field. This time, Georg had checked everything – we even had a filming permit! What we did not have was a permit for hunting rabbits and deers with laser guns, plasma grenades and shock wave emmiters.

That’s why a huntsman came to mark his territory. We had to prove that laser guns do not actually shoot before he allowed the crew to go on doing the revolution.

You have to be very cautious with austrian huntsmen! Lybian marauders are nothing compared to a huntsman from Lower Austria who is protecting his hunting ground! 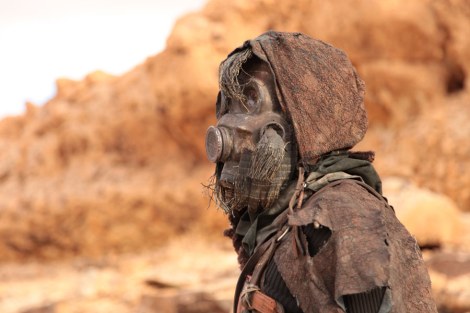 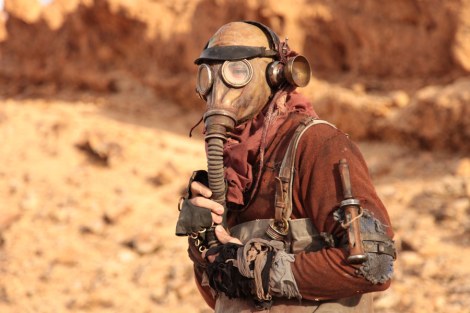 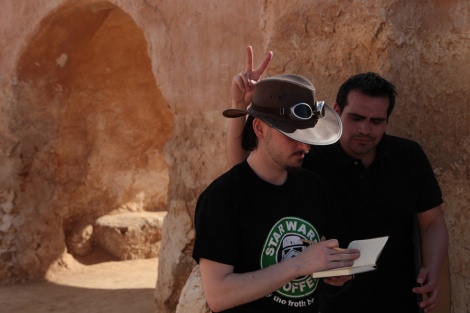 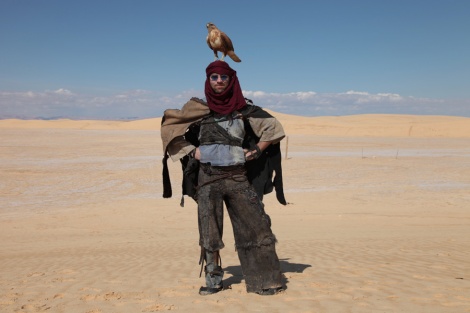 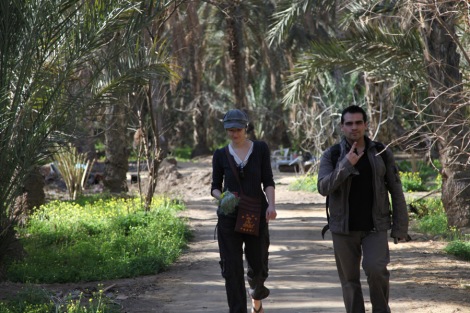 No Photoshop modifications were applied to the foto above. 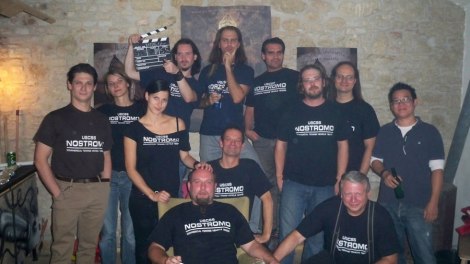 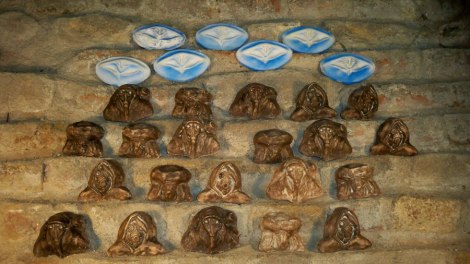 Some of us got a unique bust of a Nostromo character, hand made by Mirjam Ruschka.