Some weeks ago we shot the last miniature shot and the picture lock is already reached. 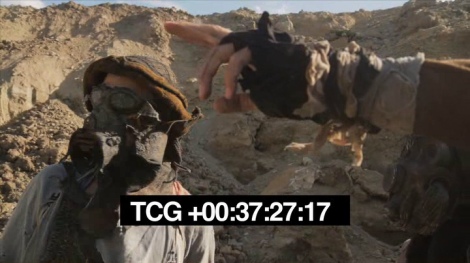 In case you are asking yourself what a “picture lock” is:
After you shot your film and edited all the shots together you come to the point where you do not make any changes in the edit any more. You don’t move or delete any scenes and you do not change the lenghts of your shots. This status is called picture lock.

That’s a cool thing, because you then can hand over your precious film baby to the composers who create the musical score as well as to the VFX people who change the colours, replace the skies and let the Hulk storm trough it. 🙂

The picture lock is important for your musicians, because they can compose and record the score based on the exact film edit.

Four Musicians are currently working on the musical score: Reknown classical composer Bernhard Eder, Christoph Mörz de Paula who studied Film Composing at the Institute of Art Garfunkeling at Bonn and Martin Laschober as well as Richard Lauw, whose Company Reeltracks does the whole Sound Design.

Reeltracks is usually working for the US TV area, such as American Idol, but occasionally plunges deep into Independent territory, such as Nostromo. 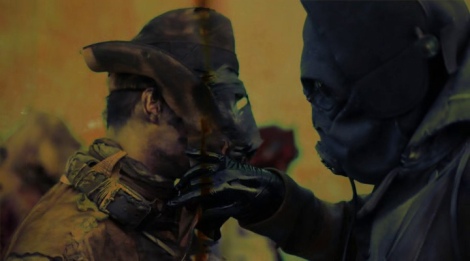 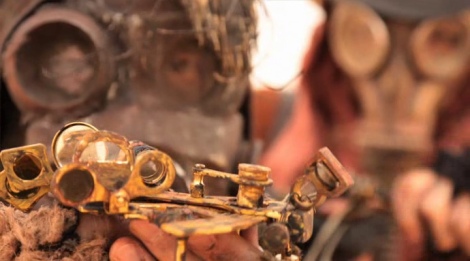 27 different digital effects are being done for the some 93 minutes story we are aiming at, some little, some epic, most of them interacting with physical effects, such as models or macro-filming of different substances and matter.
Ben Frisch is the head of the Postpro FX team which consists of 5 skilled digital artists at the moment.

Color Correction Staff sought after!
Wanna be part of Nostromo? If you are a postproduction geek, this is your last chance to join the postapocalypse!
Work hard, earn none, get a credit!

To make it easier for you, you can contact Georg (aka Govinda Löv-Kontrolle, aka the director of Nostromo) directly via email if you want to join the crew.

If you are reading this:
Please support this no budget guerilla film.
Share this article with the buttons below in your social network!

One response to “Nostromo Wants You”