We are getting closer to the finishing line! This summer, the composer Bernhard Eder conducted the orchestral part of the soundtrack of postapocalyptic science fiction fantasy film Nostromo. 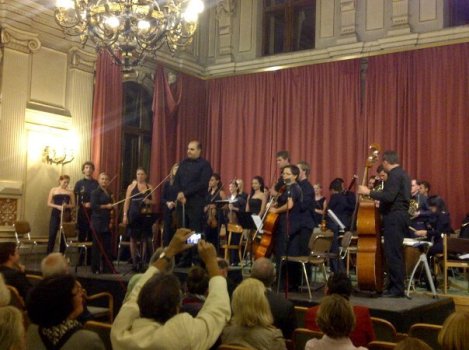 Berni did not only compose huge parts of the soundtrack, he also gathered professional musician friends of his, arranged the orchestra consisting of 23 musicians as well as the chorus (15 singers) and organised the whole recording session.

He was able to get the Fanny Hensel-Mendelssohn hall in Vienna for our session and Christoph Mörz, another composer, assisted him creating mockups for the instruments as well as clicktracks for the additional tracks that were not recorded live. 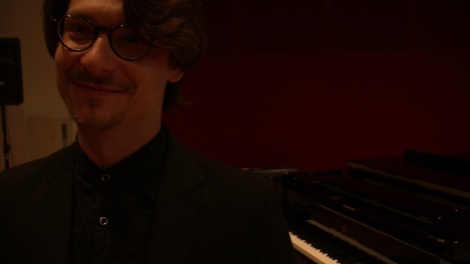 As the deadline was getting closer and some parts of the soundtrack needed to be tweaked, Bernhard did not sleep for 40 hours preceeding the recording sessions in order to get everything done. Sometimes pressure is a good thing, because Bernhard did a great job on the soundtrack.

Below you can see some pictures of the recording session.

I will also post an interview with Bernhard Eder and Christoph Mörz in one of the following posts.

6 responses to “Conducting the Sound of Nostromo”