On Mai 17th, Nostromo premiered at the Filmcasino in Vienna. The core crew arrived 3 hours before the guests were let in to make the last preparations for the premiere: Hanging up posters, arranging the catering and feeding the tigers.

before the storm rises 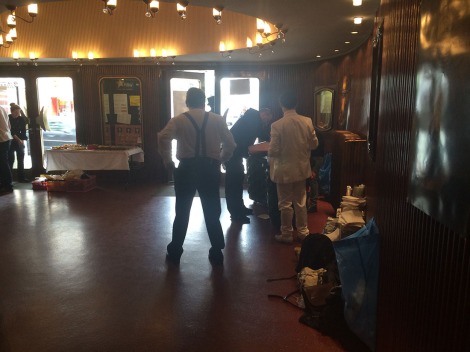 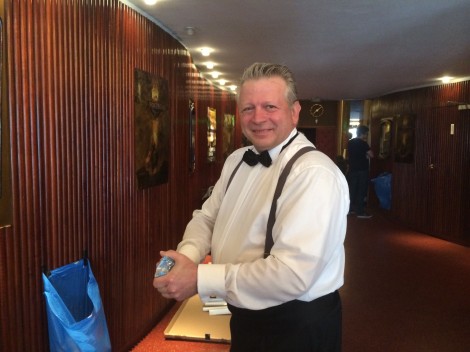 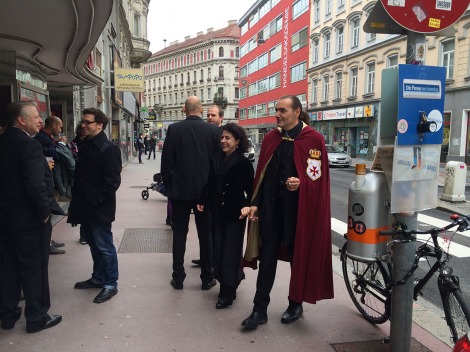 Kontrolle, aka the director Georg Schilcher, talked about his motivations behind this film: On one day, he was thinking about mortality. Every living being one will day will die and it will be no more than dust and earth. Earth, one day or another, claims what’s hers. Kontrolle thinks, that there will be no angels, no light, no warm feelings. It just ends. You are – and then you just are no more.

These ideas led to the script of Nostromo, which turned out as a surreal sci-fi-fantasy film with postapocalyptic elements (shot on German, but with english subtitles on the DVD). I think, that some might call it arthouse, as it is defenitelly not mainstream-compatible and Kontrolle infused a lot of his world view into the dialogues.

The director introducing his film 🙂

I’ve watched the film 3 or 4 different times now (in different editing versions) and I still would not say that I know for 100% sure what the author wanted to say. But that is exactly what Kontrolle wanted to do: He wanted the audience to think for themselves what this is all about.

I’ve already mentioned in earlier posts, that the film is a no budget guerilla film. We have made the film with a lot sweat, a ton of good will and with the energy of dozens of people who just wanted to create something. And as there was no money involved in the productionof the film, there also won’t be any money involved in the distribution. Nostromo is distributed via Creative Common License, which means for you that you can download and share it with your friends.
To put it with words of the director:

I’d recommend getting the DVD from someone who has one and rip it. Watch it, upload it to the internet, do whatever you want with it.

As there will be no announcements or promotions of the film, the only way to hear about this project is by knowing somebody who knows somebody who worked on this movie. And then look out for it on the torrents you trust. 🙂

One response to “Nostromo Premiering”