Since I have been busy with the start of Shadows of Prey, it has been a while since I have posted news about Echoes, my animated science fiction short film.

Maybe you have already seen the coloured thumbnails I did for the Echoes poster some while ago.

After I had found out which direction I wanted to go – hot colours in the lower part of the poster (the desert) and cool, dead colours in the upper half (the Megastructure) – I was ready to paint the fleshed-out version. And here you can see what I came up with:

As I did not have a piece of watercolour paper that was big enough to hold the format I wanted to create I just took my biggest sketchbook I got at home and split the poster in two. You can see the upper part of the poster on the left and the lower part on the right page. I will merge them digitally later.

Did I mention that I just love watercolours?

What do you think about it? Feel free to post your thoughts below! 🙂 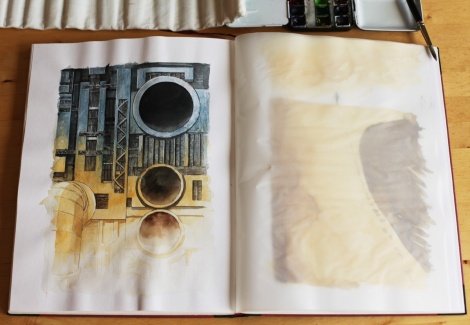 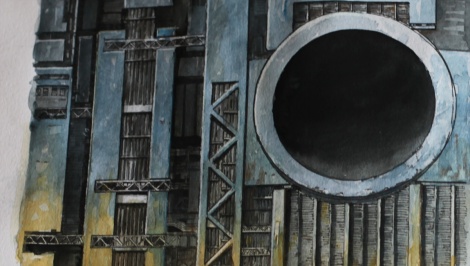 Want to see what else is going on in my sketchbooks? Check out the Director´s Sketchbook section!

4 responses to “Painting The Echoes Poster In Watercolours”