Last weekend I started preparing episode 3 of my horror / sci-fi / fantasy web series Shadows of Prey. With episode 1 being finished, there is no time to have a break. I had written the script at the end of the last year already, so now I had to visualize how the film will look like.

Wait, episode 3? What about episode 2?
I am perapring both at the same time and also will produce them within the same time span. Episode 2 is just a bit trickier to shoot and I have to do a lot of tests before I can plan the exact camera angles.

I had already started working out some camera angles for episode 3 (“The Ballerina”) in form of thumbnails on my train rides, so I did not have to start from scratch. But there was still a huge part missing. Especially how the camera will move and how the exact edit will look like. And the third act was missing completely.

I do not like to shoot in a “lets shoot the common camera angles and figure out the edit later”. But instead, I like to have the film edited in my head before the first shot will be captured.

Below you can see some of my tumbnails – this is the stage in which I do all the experimenting, the visual brain storming. Only after everything is figured out in form of these thumbnails I do the storyboards which are much cleaner and easier to transport an idea with. 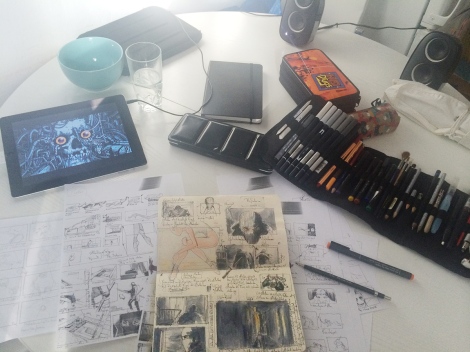 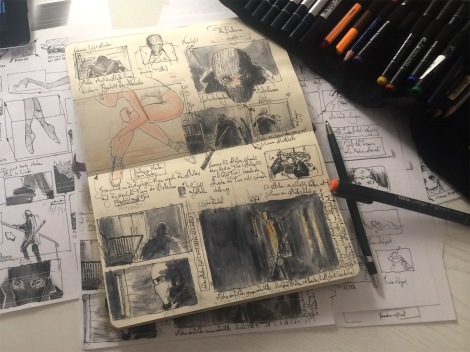 One response to “Preparing Episode 3”