At my daytime job one of our clients told us that in their next tv campaign they would feature a fight in a sinister forest and asked us what kind of ideas we could come up with for their online banner campaign.

We did not know what the forest or the commercial would look like so we had to improvise.
I suggested taking a forest and actually show the fight. Of course I planned to use some of the (motion-)tricks you usually would get away with when you are not creating for television but for an online banner.

So I did some rough scribbles of what the camera angle would look like in different banners and below you can see my previs of a so-called billboard, a banner that measures 970 by 250 pixels.

What I did not say was that I actually wanted to create the forest in 3D! Creating stuff in 3D takes a lot of time – not mentioning the rendering time. Oh, and did I say, that I had less than one day to pull this off – including the fighting animation?

So I created some trees and bushes in 3D as well as more or less empty scenes were you can only see the ground plate and the horizon. 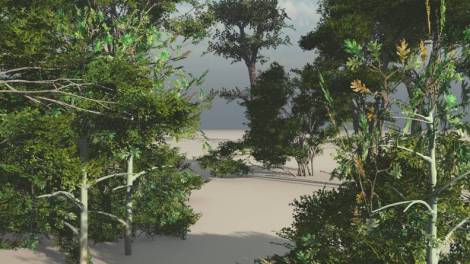 I did these “empty scenes” in order to get an idea of the light I wanted to use. As I do not have the fastest machine I sometimes do some empty renderings and imagine how the light would affect all the objects in the scene in order to save rendering time. 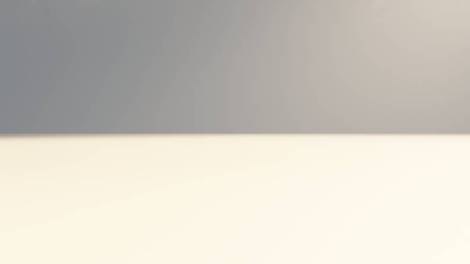 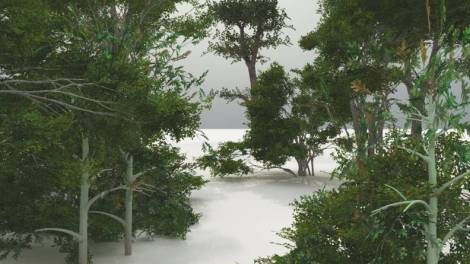 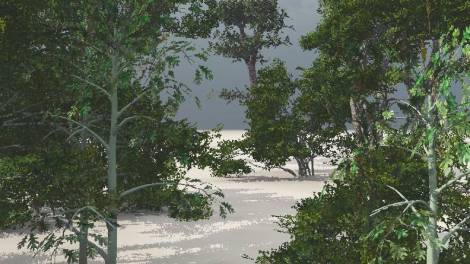 I then did some further adjustments to the lights and added the fog in the last step. The renderings look pixelated because I had to bring down the render quality a lot in order to safe time during this test rendering phase. 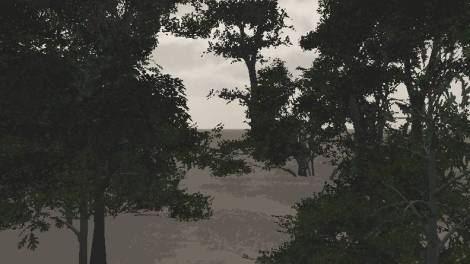 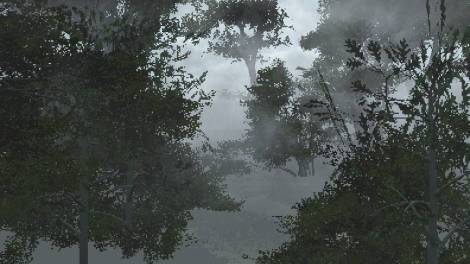