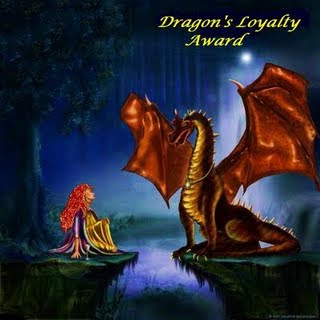 I have received the Dragon´s Loyalty Award and I feel really honored that somebody felt that my blog is worth getting this award.

I want to thank all of you for stopping by and reading about my adventures in filmmaking and storytelling and I especially want to thank Daphne Tuccitto for giving me this honour 🙂
The Dragon´s Loyalty Award is presented to blogs with exceptional content and in order to accept the Dragon’s Loyalty Award, the following rules apply:

Rafe the Necromancer – An awesome blog written from the point of view of a demon child. Written by Daphne Tuccitto, writer of novels for young adults in the fantasy fiction genre.

Film the Madman – Interesting reviews of movies beyond the mainstream.

Fraking Films – From Hollywood to independent cinema, you want it – they have it.

Marie Gilbert – The super heroine in the body of a grandmother. Oh, and she has written a postapocalyptic novel, too.

Robbins Realm Blog – Here you´ll find a ton of reviews of interesting (and also older) movies you might have missed.

Horror Movies Uncut – The name says is all 🙂

Mimulux – An artist from Europe who creates images beyond the mainstream.

The new guy – Looking for a movie review from sci-fi to action to everything that is fun? Here you go.

And here are the seven things about me:

14 responses to “The Dragon’s Loyalty Award”