While I was working on a postapocalyptic short story called 2138 AD, I did some sketches to get a feeling for the story and where it was going to. This is from a scene at the end of a painful journey when the father finds his daughter, years after the abduction. 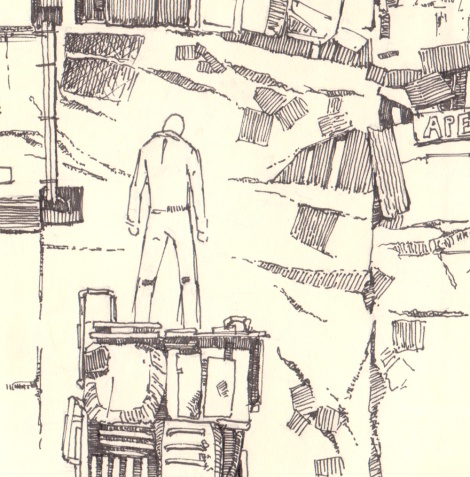 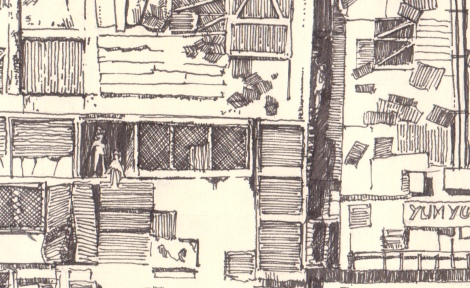 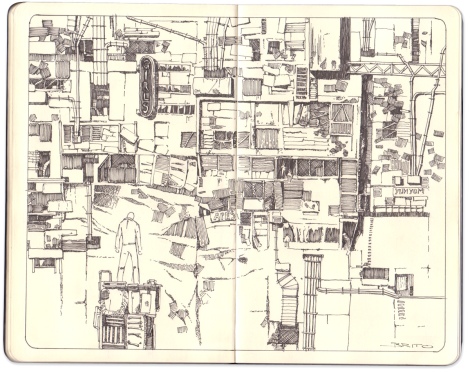 And yes, there is a gigantic city, similar to the one featured in Echoes, but way more fierce. I thought of it like a Moloch: a hectic, cramped city that devours life (named after a Canaanite God).