So here we are in the next round of bringing a cutie to life. If you have missed the first two rounds you can check them out in this post.

From the designs you saw in the other post, the client chose design #9, the nerdy one. So I went on, creating an updated version, indicating what the character could look like as a vector graphic. I was not really happy with the result:

It did not feel right, the character design was not alive – or cute – enough. So I did some other sketches and ended up with her:

A sweet girl, with a touch of old school nerdiness. 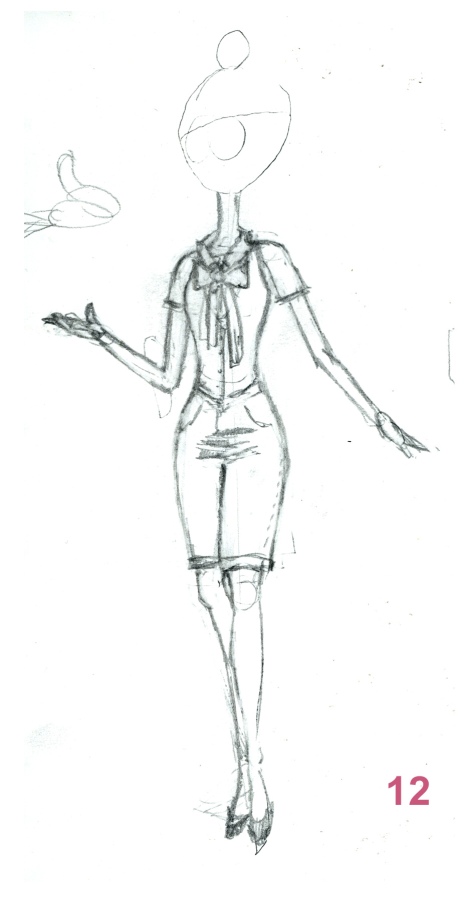 When I create characters, it sometimes helps to think about real people. People you know, or actors.

Hm, what would Katharine Isabelle look like, if she wasn`t a werewolf or a psycho surgeon, but a nerdy cartoon avatar instead?… With pink hair! And had a baby with Summer Glau?

In case you are wondering now:

And this is what I came up with. I wish I had had more time to work on the eyes, though. 🙂

What do you think? Feel free to leave a comment below.